You are here: Home / Archives for vixen sew-in 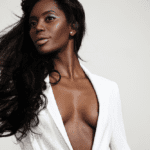 Sew in hair extensions are not new and have been becoming increasingly popular in recent years. However, despite their beauty, they aren't particularly versatile. Once you chose a style, you were stuck with it. But not anymore thanks to the vixen sew in. With a vixen sew-in, you get all the benefits of a traditional sew-in. But you also get versatility. This hairstyle can be … END_OF_DOCUMENT_TOKEN_TO_BE_REPLACED